Helped urban areas improve the way they process food waste, promoting new efficiencies and ways to use refuse as a source of renewable energy.

Only a few years out of graduate school, Peck helped shepherd an innovative EPA pilot project in the San Francisco Bay area to convert 73,000 tons a year of organic food waste from restaurants into electricity, keeping the material out of landfills and limiting greenhouse gas emissions.

“My hope is that this concept will grow. It makes so much sense,” said Peck. “In 2007, the United States generated 31 million tons of food waste that went into landfills. If that could be converted into electricity, it would power five millions homes for a year.”

Working at EPA’s Region 9 in San Francisco, Peck conferred with the state of California, cities, composters, utilities and others to get the cutting-edge recycling plan and renewable energy project off the ground.

She helped build the environmental case for converting food waste into energy, explored the financial benefits, addressed permit issues and technological challenges, and worked closely with the East Bay Municipal Utility District (EBMUD), a wastewater treatment facility in Oakland that implemented the project.

“Cara was an extraordinary catalyst, a bridge builder and a persuader to advance the technology for the good of the environment,’’ said Eileen Sheehan, an EPA manger who supervised Peck for more than three years. “Cara championed the issue and engaged others. She is enthusiastic, has a great presence and is a great diplomat.”

Jeff Scott, the EPA’s regional waste management division director, said Peck latched onto the issue when no one else was focusing on it, and then “took the initiative and pursued it.” He said she helped bring along many “risk adverse” executives and “addressed a lot of concerns to move this project along.”

“What EBMUD has done is a drop in the bucket, but it can be replicated and could play a significant role on a large scale,” Scott said.

Taking advantage of a “green bin” recycling program in San Francisco for food waste, area garbage haulers and recyclers take some of the available organic material to the East Bay treatment facility where it is processed and run through a machine called an anaerobic digester.

This process, used to treat wastewater sludge, reduces the volume of the waste and produces a methane and carbon dioxide-rich biogas that EBMUD converts into electricity to help run the treatment facility. The process limits what goes into landfills, and thereby reduces the emission of landfill gas into the atmosphere.

Many wastewater treatment facilities around the country have the digester technology to treat sewage sludge and the excess capacity to add food scraps and create energy, with large scale operations offering potential opportunities for some utilities to sell this energy back to the electrical grid. A similar project to EBMUD is now underway in Santa Monica, Calif., and the concept has drawn interest from around the country.

“There exists today a great disconnect between the limits of our natural environment and the way we live our daily lives,” said Peck. “People now understand that a soda can or a bottle has another purpose and can be recycled, but the same message is not out there for food waste. We are creating so much waste, harming the environment and losing all that energy that might be utilized.”

In addition to this project, Peck has worked with the California Department of Transportation to use compost to control erosion on roadsides.  This initiative is expected to use 400,000 cubic yards of compost per year, significantly increasing markets for compost production in the state and serving as a national model for federal and state transportation agencies.

Cara Peck is working to change the way people think and act to protect our environment in her community. In the process, she is creating models that can be replicated across our nation. 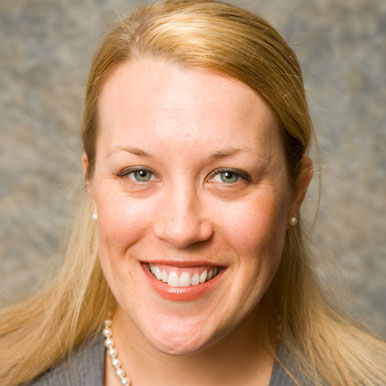