Opened the door to personalized medicine by developing new and affordable ways to sequence DNA as part of the Human Genome Project.

Imagine going to the doctor and, as part of your routine physical, discussing your genetic risk of certain types of cancer or heart attack. If you were to be diagnosed with any particular illness, your physician will know which drugs will and won’t work for you specifically. As one of the leaders of the Human Genome Project, Dr. Jeffery A. Schloss has opened the door to this kind of personalized medicine, and is working to make it increasingly accessible to us all.

“I like stepping into unknown territory—that’s what scientists do,” said Dr. Schloss. “In the end, you hope you can solve problems that are important to society and expand the boundaries of human knowledge.”

Few scientific endeavors have broken more ground and have greater potential to solve the great challenges of modern medicine than the Human Genome Project.

Spearheaded by the National Institutes of Health and the Department of Energy, the Human Genome Project was a 13-year effort to identify the roughly 20,000-25,000 genes in human DNA and to determine the sequence of chemical base pairs that comprise the entire human genome. Dr. Schloss helped galvanize the scientific community to develop new technologies that could sequence DNA accurately, quickly and at a lower cost to make the Human Genome Project possible. Understanding DNA and its variations will hopefully lead to new ways to diagnose, treat and, perhaps someday, prevent different types of diseases and disorders.

“Sometimes when you go to the doctor with symptoms, it can be hard to figure out what’s wrong. Having your genome sequence, and thus knowing the conditions for which you have a higher risk, may help the doctor arrive at the right diagnosis faster,” said Dr. Schloss.

DNA sequencing not only helps with diagnosis but treatment as well. “Knowing that a particular genetic mark increased the risk of a certain disease often gives scientists a key insight in developing a strategy for treating or even preventing the disease,” noted Dr. Schloss. “Doctors will know what drugs won’t work for you and will also be able to tell how you will metabolize a certain drug, enabling him to set the dosage for your individual needs.”

As the Program Director for Technology Development Coordination for the Human Genome Project, Dr. Schloss’ job was to spur researchers in academia and the private sector to develop technologies that could sequence a lot of DNA, because at the outset of the project those technologies didn’t exist.

“He is the unsung hero of the Genome Project,” said Dr. Frances Collins, director of the Human Genome project. “Dr. Schloss was instrumental in setting the vision for the development of these technologies and encouraged and inspired a lot of people to think boldly and to focus on novel approaches to solve problems and technology issues that are 10 years down the road,” Collins added.

Throughout the project, Dr. Schloss and the researchers he worked with reduced the cost of DNA sequencing from $300 million the first time it was done to $10 million in 2003, and then to its current cost of $100,000. Work that he organized not only made mapping the Human Genome project possible by 2003, it helped complete the project two years early and under budget.

Dr. Schloss’ current goal is to reduce the cost of DNA sequencing to $1,000 by 2013, which would make it about as expensive as a high-end imaging scan. Driving down the costs of DNA sequencing will make mapping the Human Genome on a personal level possible, so that the “resulting information can be used as an important part of a patient’s routine medical care,” according to Dr. Alan Guttmacher, Acting Director of NHGRI.

In 1988, the National Academy of Sciences, in recommending the national program to map and sequence the human genome, noted, “The cost and inefficiency of current DNA sequencing technologies are too great to make it feasible to contemplate determining the 3 billion nucleotides of the DNA sequence in the human genome within a reasonable period of time.” The Academy recommended “improvements in terms of trying to achieve 5- to 10-fold incremental improvements in the scale and speed of DNA sequencing.”

Not only did Dr. Schloss help meet that incredible challenge, he delivered 1,000-fold. 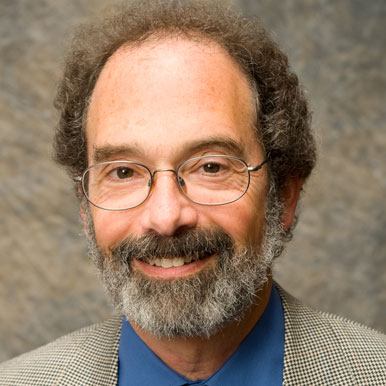