Leads the effort to prepare the staff at U.S. embassies and consulates to help protect and evacuate Americans caught up in uprisings, wars and natural disasters.

When American citizens got caught up in the uprising in Syria, the overthrow of governments in Egypt and Libya, the earthquake in Haiti or other overseas crises, they turned to U.S. embassies and consulates for information and assistance.

“We’re always getting ready for the next big crisis, getting training out there right now to embassies and consulates to have their plans in place,” said Bernier-Toth, managing director of the Bureau of Consular Affairs’ Office of Overseas Citizens Services.

Part of the groundwork involves gleaning information from past crises and using it to improve, and making sure everyone knows in advance what resources are available from Washington and each other should the worst happen.

“Michelle makes sure those lessons learned are saved in a way that can be shared across teams and task forces so they actually learn from other crises and can be better prepared next time,” said Janice Jacobs, the assistant secretary for consular affairs.

After the devastating earthquake in Haiti, for example, the office learned it needed to change how it gathered information due to the flood of phone calls that inundated embassy and consular offices. The consular task force Bernier-Toth headed came up with an innovative change for collecting and disseminating information to help locate and assist U.S. citizens more effectively.

The public now can connect to the crisis-tracking system in Washington and families can submit photos in their search for loved ones, an innovation that will serve the public better and reduce the burden on understaffed and overwhelmed consular posts.

“We needed to get away from some of the old ways and use modern technology,” said Bernier-Toth.

The department also learned lessons from Haiti on how to operate in a country where the government was completely ineffective, when normally the host government would be the first to respond. The State Department worked with other U.S. agencies to arrange evacuation flights, look for people and bring remains of U.S. citizens killed in the earthquake back to the United States.

“Michelle is very innovative,” Jacobs said. “She is able to work with anyone from any place and effectively get the job done. She’s a tremendous leader.”

For example, during the Egypt crisis, Bernier-Toth’s staff helped with the evacuation of more than 2,300 U.S. citizens and family members in 2011, using the extensive network of travel agents and others in the travel industry. The office holds an annual crisis-management workshop to help airlines prepare for such circumstances.

In addition, Bernier-Toth played a direct role in providing guidance, oversight and direction when the United States evacuated nearly 15,000 U.S. citizens from Lebanon in 2006, protected and assisted citizens in the terrorist attacks in Mumbai in 2008, and the earthquake, tsunami and nuclear emergency in Japan in 2011.

Some potential disasters are more predictable than others. Hurricane season begins June 1, and since 2006, Bernier-Toth’s office has held an annual hurricane preparedness workshop, pulling together consular officers and others who assist Americans living in hurricane-prone areas in Central America and the Caribbean.

Bernier-Toth also promotes the government’s social media pages to help keep families in crisis zones informed. During the 2010 earthquake in Chile, for example, the Bureau of Consular Affairs used Twitter and Facebook to inform U.S. citizens about the best way to contact the embassy in Santiago.

“Michelle has been an extraordinarily effective and proactive leader in rendering emergency and other services to thousands of U.S. citizens in distress overseas,” said James Pettit, deputy assistant secretary for Overseas Citizens Services.

Bernier-Toth’s office also shares security information with the public when there is a serious and credible threat so that American citizens residing or traveling abroad can make informed decisions about their activities.

Her office also can help get money to U.S. citizens abroad, repatriate the remains of loved ones, assist victims of crime and help citizens detained in foreign prisons.

Overseas work is often invisible, Pettit said. But Bernier-Toth’s efforts to train employees and improve systems and procedures are crucial for helping those offices that assist Americans who are stuck or in trouble.

“Michelle and her people pull together training and try to get people to anticipate rather than react,” said Michael Kirby, principal deputy assistant secretary for consular affairs.

Kirby added that Bernier-Toth works at all hours to assist when the need arises, as it did recently in Syria. “She’s like the Energizer bunny.” 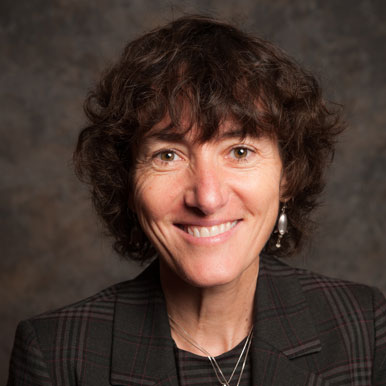