Has led negotiations for dozens of international agreements on critical issues, including extradition, counterterrorism and the environment, and is influencing human rights policies worldwide.

State Department lawyer Robert Harris has been quietly seeking to make the world a better place—one treaty at a time.

As a deputy legal adviser, Harris supervises offices providing advice on an array of issues ranging from human rights and refugees, treaties, law enforcement and intelligence, and regional issues involving the Western Hemisphere and Asia.

In this capacity, he has played a pivotal behind-the-scenes role in advancing American foreign policy interests, supporting human rights and law reform in the Chinese criminal justice system, and laying the legal groundwork for human rights treaties to help women, the disabled and the oppressed.

During the transition to the new administration, Harris oversaw the drafting of 20 comprehensive briefing papers on the most important human rights and refugee law issues facing the United States—materials that became mandatory reading for top policymakers and provided focus for the Obama administration’s efforts to step up engagement on human rights issues in the international arena.

He supervised the legal team that supported President Obama’s signature on the United Nations Convention on the Rights of Persons with Disabilities in June 2009. This treaty details the rights of persons with disabilities and sets out a code of implementation for nations around the world. He has also been involved in the recent efforts by the administration to win long-delayed Senate approval of a treaty on women’s rights.

Harold Hongju Koh, the State Department legal adviser, said his colleague has “completely reshaped the human rights agenda” and led a number of initiatives in the wake of the president’s decision to make these issues priorities.

“He quickly sees solutions that others don’t see, and takes an entrepreneurial approach to every assignment,” said Koh.

Harris is working with Chinese government counterparts on reforms in the Chinese legal system, and leading a U.S. delegation in the “Legal Experts Dialogue.” In this capacity, he successfully encouraged the Chinese to implement its existing law to reduce prison terms and more frequently grant parole to a number of people serving sentences for nonviolent, “counter-revolutionary” offenses involving issues of free speech and assembly.

“This has been a very productive dialogue, and we have found that the format of exchanging our respective national expertise on law and legal reforms have led both sides to learn important lessons, and to act on that knowledge to support further progress,” said Harris.

Michael Kozak, a State Department senior adviser on democracy, human rights and labor, said Harris is “a skillful and persistent negotiator” whose efforts have “done more for concrete advancement of Chinese human rights than any previous human rights dialogue I’ve ever seen.”

Harris, a 25-year veteran of the State Department, has a broad portfolio.

Last year, he helped guide the administration’s legal approach to handling a U.N. conference on racism, outlining roadblocks and options on a number of sensitive issues that included the Israeli and Palestinian conflict, reparation for historic slavery and colonialism, and proposals dealing with freedom of expression and religion.

Moreover, Harris was instrumental in bringing the government into compliance with five global human rights treaties by overseeing the five book-length reports that documented U.S. activities. The U.S. had fallen behind on its reporting requirements, making it difficult for our diplomats to press other nations to fulfill their human rights obligations when we were in violation of our own responsibilities.

“It was unacceptable that a country as big and rich as the United States could not write reports on a subject as important as human rights. This was undercutting our diplomacy,” said Harris

Harris’ colleagues say his most recent work in the human rights arena is emblematic of a long career of achievement that has made him a leading government expert in international law and international treaty negotiations.

Over the years, Harris has been a lead negotiator on dozens of important bilateral and multilateral agreements on anti-terrorism, extradition, oceans law and protecting the global environment, and he successfully defended the United States at the International Court of Justice for the accidental shoot down of an Iranian airliner.

Currently, he is guiding U.S. and international efforts at the United Nations to prosecute criminals engaged in piracy off the coast of Somalia.

“He has respect for our treaty obligations, professional integrity, confidence that he can get things done, and he takes it all very seriously,” said Witten. 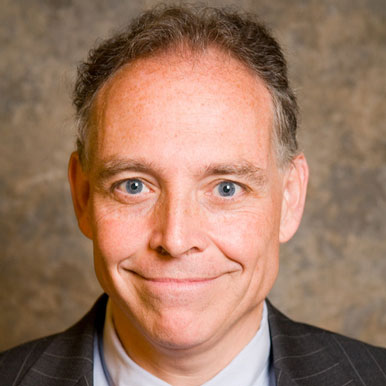