Saves the U.S. Treasury billions of dollars by leading the government effort to identify and bring to justice tax evaders and unscrupulous promoters of fraudulent income tax filing schemes.

Year after year, thousands of people try to avoid paying federal taxes by making outlandish claims, including that wages are not income, or that taxes are voluntary, are only paid by federal employees, can be avoided because of religious beliefs or can be exempted as reparations for slavery.

And year after year for more than a decade, Shauna Henline of the Internal Revenue Service (IRS) has been the government’s top cop on the frivolous claims beat, identifying and pursuing tax filers who rely on these odd and illegal theories, and going after tax fraud promoters and unscrupulous tax return preparers who market such scams.

“Never before has one individual affected so many investigations, civil and criminal litigation and court-ordered remedies, than Shauna,” said Rae Brousseau, a senior IRS tax analyst. “Shauna compiles documentation that stands up in court, coordinates with civil and criminal investigators and prosecutors, and assists counsel in pursuing legal remedies.”

Since Henline became involved with this IRS program in 2001, Brousseau said she has been directly or indirectly responsible for more than $318 million in penalties assessed against individuals filing frivolous returns, and billions of dollars in revenue protected by preventing or recovering claims related to frivolous filings.

Before Henline, the IRS did not systematically go after the promoters, who find clients by holding seminars, writing books and marketing themselves on the Internet.

Georgia Stefan, an IRS supervisory agent, said Henline “essentially wrote the manual, processes and procedures” that need to be followed for frivolous claims cases, and helped create a system that allows her to detect trends and patterns, and identify major con artists.

“Shauna is a national expert on this activity,” said Stefan. “She created a whole program.”

“She is a one-woman team at the IRS,” said Heald.

In the past year, Henline has been involved in dozens of cases centered on phony income tax withholding schemes that are based on the redemption theory, which according to proponents, allows taxpayers to access secret U.S. Treasury accounts to satisfy debts, including tax liabilities.

Henline also was instrumental in a case against a group of defendants operating tax preparation franchises in a number of cities whose bogus claims resulted in a loss of more than $70 million to the U.S. Treasury. The fraud included filing false returns claiming refunds based on phony W-2 forms; the use of fabricated businesses and business expenses on returns to claim bogus deductions; and claiming fuel tax credits in absurd amounts for customers clearly not entitled to any credits.

She has been a pivotal witness at many court cases, including the 2008 criminal trial of actor Wesley Snipes, who declared he had no taxable U.S. income, making the IRS Form 1040 “absolutely the wrong form for me to file.” Snipes also claimed taxes withheld were “stolen funds.” Henline also investigated a group of Florida men who manufactured and sold worthless “bills of exchange” supposedly drawn on the U.S. Treasury for customers to use in payment of their taxes.

“The promoters are greedy, and that is why I am so passionate about going after them,” said Henline. “We don’t want our Treasury coffers depleted by people who are bilking the government through fraudulent claims, and we don’t want tax preparers providing people with bad advice.” 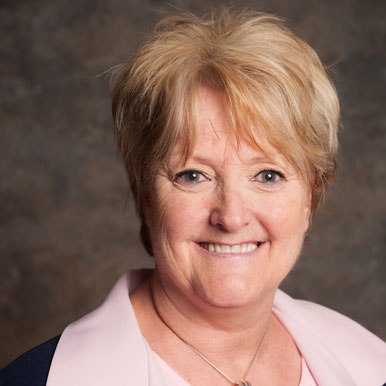