Simultaneously managed the critical tasks of doubling the FDIC’s workforce to respond to the nation’s financial crisis and overseeing a culture change initiative at the agency.

As the nation’s economic meltdown unfolded, the Federal Deposit Insurance Corporation (FDIC) needed to greatly increase its staff to deal with hundreds of failing financial institutions and complete an aggressive set of bank examinations. At the same time, employee surveys revealed there was a declining level of job satisfaction at the regulatory agency.

Arleas Upton Kea, the FDIC’s director of the Division of Administration, simultaneously took charge of both problems. She headed an ambitious hiring initiative that expanded the agency’s workforce by 4,000 employees in a very short timeframe and oversaw a culture change program that responded to employee complaints and helped boost sagging morale.

“She coordinated efforts that allowed the organization to almost double the size of its workforce in less than one year,” said Michael Collins, director of the FDIC’s Office of Minority and Women Inclusion. “It was a massive undertaking and enabled us to manage the financial crisis.”

“A lot of employees thought their input wasn’t being valued or viewed strongly enough,” said Sherman. “The effort impacted their level of engagement and made great strides toward reducing an underlying issue of trust between management and employees.”

The results quickly begin to show even as the workload increased and pressures mounted. By 2011, the FDIC placed first in the Best Places to Work in the Federal Government rankings, produced by the Partnership for Public Service and sponsored by Deloitte, representing a huge leap from 2007 when it ranked 21st among large federal agencies.

The FDIC is an independent agency created by the Congress to maintain stability and public confidence in the nation’s financial system by insuring deposits, examining and supervising financial institutions for safety and soundness, and managing receiverships.

The severity of the economic crisis in 2008 was a wake-up call for the agency, which at times faced the daunting task of taking over and protecting up to 10 banks or thrift institutions a week.  During this same period, Congress passed regulatory reforms that imposed new responsibilities, including the creation of a new office to handle added oversight of certain financial institutions.

“We needed to bring on people to assist with dealing with the crisis and assist with resolving it,” said Kea. “We had to very quickly mobilize our small lean and mean HR staff to put together postings and work creatively to bring in individuals.”

The agency sped up hiring without compromising its rigorous security and selection process. Under Kea’s leadership, the security staff managed to complete thousands of background investigations for employees and contractors during the accelerated hiring review process.

The FDIC opened offices to house the new employees, provided orientation, secured the services of contractors who were supporting the bank-resolution process, and increased the number of women and minority-owned firms working for the agency.

Because the FDIC had to compete with other bank regulatory agencies for skilled employees, Kea used creative strategies to bring people on board. She sought out retirees, hired term employees and coordinated large-scale job fairs across the country.

“It was the right strategy at the right time,” said Sandra Thompson, director of the Division of Risk Management Supervision. “Managing a changing workforce with huge increases in its workload is not the easiest thing to do. A lot of things were going on concurrently and it took an extraordinary skill set to bring all of that together.”

While Kea was dealing with the fast-growing workforce, she began the campaign to improve the culture at the agency. She pulled volunteers from all divisions and levels of the FDIC to form a broad-based team to work on issues to enhance employee engagement and commitment, and managed the group’s progress day-to-day.

Kea and her team initiated call-ins with the chairman, more transparent communications and a program to promote employee development. They also created the position of internal ombudsman.

“The culture change initiative generally helped make employees happier and more productive,” said Glen Bjorklund, a former FDIC colleague. “There’s a can-do spirit she instills in the people around her.”

“I love helping to develop others,” Kea said. “I’ve learned so much from trial and error and have much to give back.” 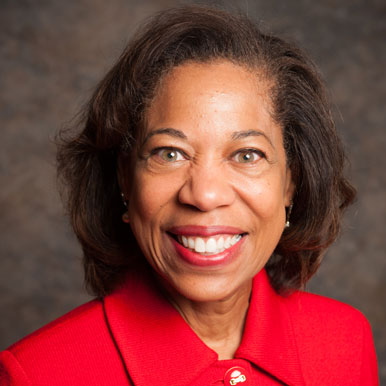