Designed a modern export control system that will more effectively protect our national security while helping American businesses compete in the global marketplace.

Since the end of the Cold War more than 20 years ago, senior civilian and military leaders, our allies and the business community have criticized the nation’s export control system as being unnecessarily cumbersome and counterproductive. Instead of benefiting American interests, they said, it has done a poor job protecting sensitive technology while blocking U.S. manufacturers from legitimately selling less vital products to buyers overseas.

Brian Nilsson, a Commerce Department employee on detail to the White House, accomplished what many had tried and failed to do in the past—he brought together stakeholders with entrenched interests to design and begin implementing a new system that will more effectively protect our national security and help American businesses compete in the global marketplace.

Billions of dollars of arms and “dual-use” items that have both commercial and military applications are exported each year to U.S. allies and strategic partners. The U.S. seeks to keep certain technologies away from adversaries and uses the export system to further the nation’s foreign policy and economic interests. In 2008 alone, the U.S. processed 130,000 license applications for products ranging from advanced weapon and aircraft systems to truck brake pads.

Authority over the exports has been split among the Departments of State, Commerce and Treasury, with two different lists of controlled items, different approaches to licensing, enforcement administered by multiple agencies, and all licensing and enforcement agencies with their own information technology systems.

The result has been a balkanized system mired in interagency conflict. The military cannot share certain key technologies with partners in the field. Allies are frustrated about the red tape involved in simple procurements from the U.S. Disputes as to which agency controls an export and over their approach to licensing have lasted for years in certain cases. And all of these problems together undermine the competitiveness of U.S. firms and drive the production of many important items offshore, to the harm of the U.S. defense industrial base.

“The system has been fundamentally broken,” said Daniel Poneman, the deputy secretary of energy. “Brian’s role was pivotal. He worked tirelessly with a soft bureaucratic touch in a contentious arena. He got agreement where it was not thought possible. He was really the driving force.”

Nilsson led a multi-agency task force starting in November 2009 that in record time came up with a comprehensive and innovative plan to handle critical exports, mapped out the steps needed to make the changes, broke through obstacles that have stymied previous reform efforts and gained broad consensus from top government leaders.

“These are reforms that are good for national security, good for economic competitiveness and good government,’ said Michael Froman, the deputy national security adviser for international economic affairs and development. “And none of it would have happened without Brian Nilsson.”

Backed by President Obama and Defense Secretary Robert Gates, Nilsson and his team from eight agencies stepped into the breach and designed a coordinated system that focuses resources on fewer but more critical export items. Froman of the NSC likened it to building “higher walls around a smaller yard by allowing the government to use its limited enforcement resources rather than search for a needle in a haystack.”

The reform initiative, unveiled in August 2010, includes agreement on a single list of controlled items, a single licensing policy, a single enforcement coordination agency and a single information technology system using a single license application. The specific reforms are being implemented on a rolling basis, with the hope of making the process more transparent, predictable and timely.

Nilsson, a career federal employee on detail to the National Security Council (NSC), said he was told at first that the plan had to be drawn up within a year, then in six months and then in eight weeks. “That was a real challenge,” he said.

Nilsson said the proposal was so well received that the White House decided to have him bypass the normal and more time-consuming interagency process, and keep his “tiger team” in place for the complex implementation phase.

He said this effort has continued to make headway because of his ability to report directly to members of the Cabinet or their deputies. This has allowed him to curb the infighting among agencies and to get everyone to work together.

There are now 18 different working groups that are preparing new export lists and regulations. Nilsson is also in discussions with Congress about the possibility of creating a single export control agency, settling disputes as they arise and “keeping the momentum going.”

Froman said Nilsson’s work devising, managing and carrying out this difficult assignment will bring the export control system into the 21st century, and provide a great benefit for the country.

“He has been as much of a geek as he needed to be to handle the technical issues and he has shown the ability to handle high-level politics,” said Froman. “Brian’s work is making government more rational, more responsive and more efficient.” 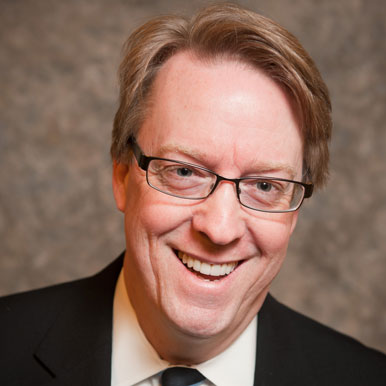 Federal Player of the Week: Modernizing our export-control system
The Washington Post