Improved maritime safety by leading the creation of a comprehensive system to track merchant naval vessels, including the cargo and people aboard those ships.

Imagine that in the hours before the Maersk Alabama was hijacked by Somali pirates, a sophisticated global maritime awareness system automatically detected a potential threat to the U.S. cargo ship and generated an alert that was sent to the ship and to nearby Naval Forces. Capabilities such as these are nearing the realm of possibility with technologies developed as part of the Comprehensive Maritime Awareness Joint Capability Technology Demonstration (CMA JCTD).

The aim of these sophisticated technologies, developed by Chris Dwyer and colleagues at the Naval Research Laboratory (NRL) in Washington, D.C., is to help identify and stop terrorist threats as early and far from U.S. shores as possible. Their system is currently automatically tracking more than 70,000 ships sailing the world’s oceans.

“The ultimate goal would be  to automatically track all ocean-going vessels just as we track every aircraft, but that’s not so easy when you’re talking about millions of watercraft at sea every day,” said Dwyer.

While the volume of ships coming into U.S. ports is enormous, limited resources only allow authorities to inspect a small fraction of those vessels and their contents. In addition, the process of compiling and analyzing relevant intelligence information has been painstaking and labor-intensive for multiple organizations with distinct but congruent jurisdictions.

As the technical manager for the CMA JCTD, Dwyer is leading the Navy’s efforts to integrate intelligence, surveillance, observations and navigation systems into a common maritime awareness picture accessible throughout the U.S. government.

One component of CMA is software that tracks ship movements and detects abrupt or unusual course changes. “A cargo ship may start with a plan to go from point A to point B, but change course halfway because the owner of the shipment can get a better price that week by redirecting the delivery to point C instead,” Dwyer said. So, the system helps to trigger analysis to determine if the course change was legitimate or not.

Other new software can compile and fuse inputs from multiple data sources that contain relevant maritime information on vessels, people, cargo and infrastructure. The system automatically skims the data and identifies anomalous conditions that are flagged for further inspection. For example, the system provides an alert if a ship is approaching Long Beach and a ship by the same name was reported in Rotterdam just one day earlier. The system would also flag a ship for inspection if the arrival report indicates a crew size that differs from the number recorded when it left the previous port of call.

Pete Wilhelm, Director of the Naval Center for Space Technology, credited Dwyer with fostering much of the collaboration among federal agencies, foreign governments and private companies to ensure successful information sharing.

“Chris has a unique ability to get people who have not always cooperated in the past to work together,” he said.

“Our foreign partners are essential to our efforts to identify threats in the Pacific,” Thew said. “They often have key information that we need to complete our picture of developing threats. Chris and his team came up with an innovative solution that provides a secure and seamless bilateral connection for exchanging information with one of our foreign partners.”

Wilhelm added, “The major challenge with this system is protecting secure information and its sources while declassifying the appropriate information so it can be used by the people who need it. Chris began by formulating a strategy to develop a ‘culture of sharing’ between international partners and the United States, and among U.S. agencies.”

It’s easy to tell Dwyer likes what he is doing. He started working part time at NRL during college, and then full time following graduation. Twenty-four years later, he says, “I never dreamed that I would work on so many cool things. I’ve created pieces of satellites that are now in orbit.”

In the pursuit of protecting our national security, Dwyer can now list another cool accomplishment on his resume—helping to capture pirates. 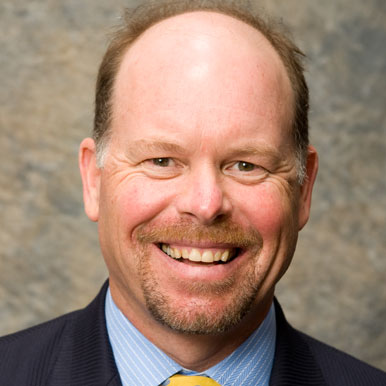