Designed and leads the government’s most successful teleworking program that has saved millions of dollars, increased productivity and boosted employee job satisfaction and commitment.

The U.S. Patent and Trademark Office (USPTO) is the federal government’s leading agency when it comes to teleworking, resulting in increased employee productivity, significant cost savings and improved morale.

Pivotal to the growth and success of this program is Danette Campbell, the agency’s senior telework advisor who has presided over the tripling of the number of USPTO employees working outside the office, from 2,271 in 2006 to 7,030 in 2012. This total represents 68 percent of all USPTO’s employees compared to the government-wide figure of less than 6 percent who telework at least one day a week.

“Danette Campbell has been the driving force in creating the vision and implementing USPTO’s leading-edge telework,” said David Kappos, the director of USPTO. “Her contagious enthusiasm, incredible work ethic and dedication to telework and the agency have resulted in USPTO’s reputation as a leader in telework for both the public and private sectors.”

The USPTO, part of the Department of Commerce, is responsible for issuing patents to inventors and businesses for their inventions, and trademark registration for product and intellectual property identification.

The USPTO allows eligible employees to work outside the office from one to five days a week. The largest component is the Patent Hoteling Program (PHP), where patent examiners can work from home at least four days a week and reserve office space for when they need to be present at USPTO headquarters in Alexandria, Va.

A 2012 report by the Department of Commerce inspector general found that PHP telework participants spend 66.3 more hours per year examining patents and review 3.5 more patent applications per year than examiners working at headquarters because they use less sick and administrative leave, and charge less time to administrative tasks.

The PTO estimates that this program plus telework initiatives in other business units have led to savings well in excess of $20 million a year by not having to supply extra office space, by revenue generated from the additional patent applications reviewed and because of productivity gains.

In building the telework program, Campbell implemented an agency-wide strategy and developed individual USPTO business unit plans to lay out the rules, and to ensure that employees had all the information and tools they needed to be successful.

Her program includes mandatory classes for employees and supervisors to make sure everyone understands the obligations and performance expectations. In addition, all agency teleworkers get training regarding use of the information technology and are provided with all necessary computer equipment and remote access to relevant business systems.

Campbell is a superb saleswoman for the program as well.

“Danette is unmatched in her ability to communicate the many benefits of telework to a wide range of stakeholders, including employees, managers and union representatives, and she is masterful in her ability to engage them in the process and win their support,” said Fred Steckler, USPTO’s acting chief administrative officer.

Deborah Cohn, the commissioner for trademarks, said Campbell is “totally committed to telework and to making sure that it really works in practice.” She said Campbell has a “wealth of information” that she shares with colleagues as well as with officials across the government, where she is consulted regularly by agencies seeking to replicate some of the best practices employed by USPTO.

Surveys of USPTO employees have shown that work-life balance, job satisfaction and morale have improved during the past few years, positive changes that the leadership of the agency attributes in part to the growing use of teleworking.

As a direct result of the USPTO’s telework programs, the agency has not had to secure additional office space or parking facilities for new employees. Additionally, the USPTO telework initiative has taken cars off the highways, therefore contributing to energy savings and emissions reduction.

During the 2010 government shutdown caused by a massive snow storm, more than 2,500 USPTO employees were able to continue working as a result of the telework program. This provided a practical demonstration of telework as a viable business continuity strategy.

“I like to think that I am having a positive impact on the USPTO and on the federal government in general,” said Campbell. “Teleworking has improved the productivity of our employees, led to lower employee turnover, better customer service and had a major impact on people’s lives by enhancing work/life balance.” 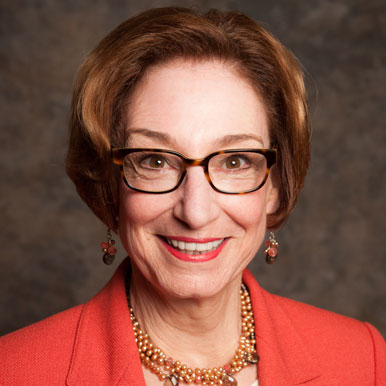