Collaborated with the ambulance manufacturing industry and multiple federal agencies to create ambulance crash standards to help reduce injuries and fatalities among EMS workers and patients.

“Ambulance Accident Leads to Three Fatalities.” Under this 2014 headline was a tragic, disturbingly familiar news story: A medic, patient and passenger all died when the ambulance driver lost control on an icy road and rolled the ambulance. While the EMT driver survived, those in the patient compartment did not. The accident occurred in Texas, but it could have happened anywhere.

James Green, a persuasive engineer with the National Institute for Occupational Safety and Health (NIOSH), wants to make it safer for anyone in the back of an ambulance and is working to reduce the hazards.

Alarmed by statistics revealing the vulnerability of EMTs and patients in crashes, Green spent years building partnerships with ambulance manufacturers to crash-test their products and devise improvements. His work with the public–private team has led him to propose 10 crash safety standards or recommended practices for ambulances and their equipment. The proposals have already triggered some safety reforms within the ambulance manufacturing industry and are under consideration by National Association of State EMS Officials.

“Manufacturers are already stepping up to the plate and taking advantage of the science,” said Dawn Castillo, director of the Division of Safety Research at the Centers for Disease Control and Prevention. “The progress that has been made is remarkable.”

Historically, ambulances have been designed, built and sold without crash certification testing, and most fall under state rather than federal regulatory authority. Although they often travel at high speeds, a lot of their equipment isn’t bolted down, and patients and emergency crew are on cots and seating that don’t meet automotive crash-testing requirements.

Green’s interest in the safety project was spurred in part by Bureau of Labor Statistics data that showed EMS personnel involved in crashes had a fatality rate more than twice the national average for all workers. NIOSH also knew from its own earlier testing that ambulances’ structural integrity was compromised in crashes at 30 miles per hour. Yet, unlike with passenger cars, no national crash safety standards have existed for the ambulances, cots, patient compartment seating or medical equipment mounts.

“I compare it to the airport. You’ve just gotten off the plane and into a rental shuttle. You are sitting on bench seats, the luggage is sitting on the shelf next to you with no safety compartment, and there are no seatbelts,” Green said. “In an industry with 800,000 workers, both worker and patient safety becomes a great concern. Improving safety can help any and every American at some point in their lives.”

Green initially drew restraint system manufacturers to the table with a fairly modest goal—to learn from what the military had done to protect personnel transported in helicopters. “I had come from a Navy side where we had workers in the back of helicopters standing up. They used a restraint that allowed them to sit or stand,” he said.

Eventually the Department of Homeland Security (DHS) joined his project and enlisted a group of first responders. When DHS staffers sat down with the EMTs, firefighters and police to discuss their experiences, the group asked for safety standards.

Green decided to figure out how to make the back compartment of an ambulance stronger. NIOSH began crash-testing to learn what happened when equipment and crash dummies were subjected to rear, side, front and rollover accident forces. Green, meanwhile, continued to add new players to his team, drawing in more than a dozen commercial interests with a stake in the ambulance industry.

“Seeing their commitment to this project and trust they have in the government has really been a highlight of my career,” he said. “We were able to build these standards throughout the industry, where there weren’t any requirements to do it. It was all voluntary. We were able to do the groundwork needed to provide confidence to the industry that we weren’’t there to hurt them, and we were able to do it collaboratively.”

While the federal government funded the actual crash-testing, manufacturers supplied engineering and testable products. That more than doubled the amount of direct funding for the project.

“Jim’s leadership throughout this process is what has made this,” says Steve Spata, technical services manager with the Association for the Work Truck Industry.

Green’s long-term goal is to bring ambulances up to the same level of safety found in passenger cars. He and some of his partners are working with state EMS officials in pushing for adoption of his proposed standards. Already, though, they are driving positive changes and seeing new crashworthy products come on the market, although wholesale change will not occur until old-style ambulances are replaced with new ones, and until individual states begin to adopt the new standards.

“Jim is dedicated to this project, but also dedicated to the community,” says Jim Grove, senior advisor to the DHS Science and Technology Directorate. “I’m proud of what Jim does. He realizes how important it is.” 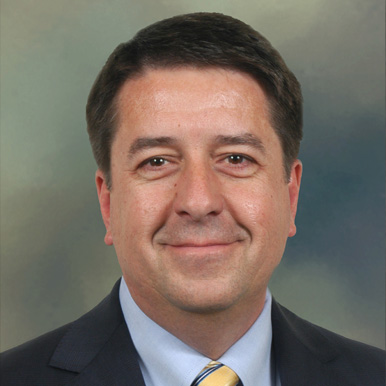