Made aviation safer during a 37-year career as an engineer in the federal government.

Dr. James Hallock has literally made flying safer during his 37-year career in the federal government. Dr. Hallock is an expert in aircraft wake vortices: disturbances in the air caused by aircraft motion. Unrecognized for years, aircraft wake vortices were once responsible for a small, but still deadly, number of accidents every month. Today, with the contributions of just a handful of experts, most notably James Hallock, the accident rate has decreased to an astonishing one out of hundreds of thousands of flights per year.

Dr. Hallock’s federal career started while he studied physics at the Massachusetts Institute of Technology in the 1960s. In 1966, he began developing spacecraft attitude systems for missions to Jupiter as a National Aeronautics and Space Administration (NASA) physicist. Four years later, he joined the U.S. Department of Transportation, where he worked on navigational systems for aircraft, aviation safety information systems and aircraft wake vortices. Since 1986, he has served as division manager of the Aviation Safety Division at the department’s Research and Special Programs Administration. “His work has undoubtedly saved lives,” said a colleague.

The wake vortices safety data analysis tools Hallock developed help the FAA find and correct problems before an accident occurs. His insights led the Federal Aviation Administration (FAA) to change its aircraft spacing rules—when aircraft can take off, land or travel near one another—and have been instrumental in safer and more efficient airport design.

Dr. Hallock is frequently called upon by national leaders as an expert on matters of aviation safety because of his ability to communicate highly complex information in an understandable and credible manner. He has served on safety boards for the FAA, NASA and the Canadian government, and was an obvious choice to serve as a member of NASA’s Columbia Accident Investigation Board. In that capacity, he analyzes data about the cause of the accident that will help guide public policy debates over the future of the shuttle program.

Dr. Hallock exemplifies public service. Despite numerous, more lucrative offers from private industry, he has continued to serve in the federal government. He has two patents, has published over 125 reports and papers, has directed work-study programs for interns and graduate students, and served as thesis advisor to students from a Dutch college who come to Cambridge, Massachusetts, to be mentored by him. Hallock’s remarkable career gives meaning to the belief that one person can make a difference—and has made flying safer for all who take to the skies. 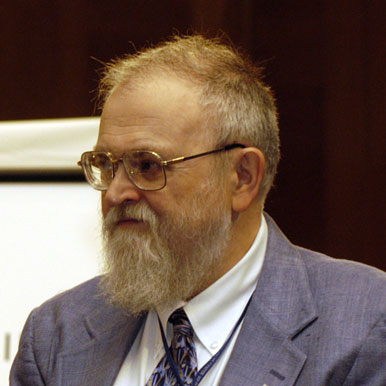