Drew upon his instincts and skillfully prevented the alleged “20th hijacker” from entering the United States before September 11, 2001.

On August 4, 2001, a Saudi man named Mohamed al-Kahtani had just arrived at the Orlando airport off a flight from London and was acting strangely. Some of his required Immigration documents were not properly completed, and he was unable to communicate in English. He also had no return airline ticket or hotel reservations. Immigration Inspector Jose Melendez-Perez was assigned to query Mohamed al-Kahtani further based upon his earlier responses.

Melendez interviewed al-Kahtani for almost two hours via an interpreter. Al-Kahtani said he was meeting a friend at the airport, then changed his story to say he was meeting the friend a few days later, then suggested that his plan was to vacation in the U.S. What investigators would later discover was that Mohammed Atta, one of the lead terrorists in the 9/11 attacks, was in the Orlando airport waiting for al-Kahtani at that very moment.

Melendez-Perez utilized the experience he had gained in nearly three decades of military service, including training in interviewing techniques, to parse al-Kahtani’s words and gestures. Al-Kahtani behavior was hostile and would not reveal the name or phone number of the friend he was supposed to meet. But even though he was acting suspiciously, the man carried a genuine Saudi passport and a valid U.S. visa. This meant that if Melendez-Perez were to recommend that the U.S. government disrupt al-Kahtani’s flight plans, he would need to have complete confidence that the man posed a risk to national security.

Relying on the skills he had developed as an Army sergeant as well as his own instincts, Melendez-Perez decided to go for it. He recommended to his supervisor that al-Kahtani be put on a plane out of the country, noting that the man’s true intentions were unclear and that he appeared very evasive. Melendez-Perez’s supervisor, in turn, recommended to his own boss that al-Kahtani be asked to leave the United States. As he was escorted to the departure gate, al-Kahtani turned to the officers and sneered that he would be back someday.

Since that day, experts on the federal commission charged with investigating the attacks of September 11th have stated that Mohamed al-Kahtani very likely intended to serve as the “20th hijacker” aboard United Airlines Flight 93, which crashed in Pennsylvania. Intelligence officials believe that the intended target of that flight was either the White House or the U.S. Capitol Building. Al-Kahtani has since been placed in custody at the American military base in Guantanamo Bay to answer further questions about the September 11th attacks.

Ever since September 11th, most of the stories looking back on the events leading up to this tragedy have left us wondering what would have happened if we had done this or that the “right way.” But Jose Melendez-Perez’s story is one case where a public servant did his job exactly as it should have been done, and as a result, one of the 9/11 terrorists was captured in advance. As our nation looks for ways to prevent another terrorist attack, many questions remain. But one thing that is certain is that we will need more professionals like Jose Melendez-Perez doing their jobs skillfully if we are to keep our nation safe and secure from terrorism. 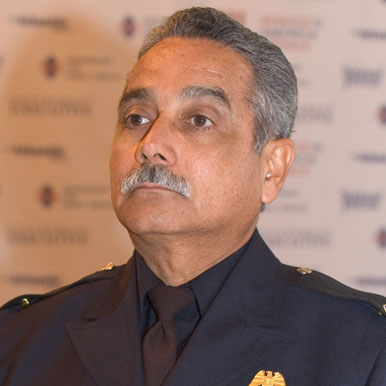