Pioneered models to better forecast the path and intensity of hurricanes during the past three decades to help communities and first responders prepare for the severe storms, saving countless lives, homes and businesses.

Growing up in Miami, Mark DeMaria looked forward to hurricane season like other kids looked forward to baseball season, except of course for the danger. “It was an exciting environment, even though it could be bad,” he said.

This early and frequent exposure to hurricanes tickled DeMaria’s “weather gene,” prompting him to make the study of severe weather and wind speed a lifelong pursuit. Today, DeMaria, a branch chief at the National Oceanic and Atmospheric Administration’s (NOAA) Center for Satellite Applications and Research, is considered one of the nation’s top minds in the field of storm forecasting.

During a stellar government career of almost three decades, DeMaria has pioneered numerous hurricane and wind speed prediction models that have become the bedrock for the nation’s weather forecasters. The results from the models he created are regularly used by private and governmental planners to help make critical decisions about evacuations and other preparations for severe weather events, helping protect billions of dollars in property and save thousands of lives.

“In my view, Dr. DeMaria has contributed more to improving hurricane forecasting through applied research than anyone of this generation,” said Ed Rappaport, deputy director of the National Hurricane Center.

DeMaria’s initial work dates back to 1987, when he developed a model still in operation that led to improved forecasts for hurricane tracking. DeMaria then tackled the more complicated problems of analyzing and forecasting hurricane formation and intensity change, leading to an innovative new forecasting approach in 1993.

He followed with breakthroughs on how hurricanes decay after landfall and the forecasting of rapid storm intensification. He helped pioneer the use of microwave sounders to determine hurricane strength and structure, and made use of data from satellites, as well as analysis of lightning and oceanic heat content, to improve hurricane intensity forecasts.

In addition, DeMaria developed a hurricane wind speed probability product that calculates the likelihood that an area will experience hurricane or gale force winds when a storm makes landfall.

“One could argue that researchers typically publish and make incremental improvements that help society, but DeMaria’s unique and practical approach has resulted in his work being directly used in forecast centers,” said John Knaff, a NOAA meteorologist.

Frank Marks, director of the NOAA Hurricane Research Division, said DeMaria’s work has been “invaluable” and is “the basis for all of the National Hurricane Center’s forecasts.”

“A lot of us make contributions with breakthrough science, but Mark takes research and applies it in a practical way,” said Francis.

DeMaria’s advancements have been used by forecasters during all major storms, including Hurricane Sandy in 2012. Rappaport said DeMaria’s model provided information during Sandy regarding “which locations would experience hurricane or gale force winds and when the hurricane would make landfall.”

“This allowed emergency responders to make plans and gave businesses an idea of whether or not to close,” he said.

DeMaria said he is most proud of creating the Statistical Hurricane Intensity Prediction Scheme which combined a series of earlier approaches into a computer model that surpassed all others in its ability to forecast storm intensity change. “Our approach was not in the mainstream, but we’ve proven it by our results,” DeMaria said.

He said forecasting storm intensity is “the Holy Grail in tropical meteorology,” adding that work in this area is still evolving.

Even with all of his accomplishments, DeMaria is hardly finished. His next generation work includes thegeostationary lightning mapper, which aims to quantify what lightning can tell us about storm intensification, and the Hurricane Forecast Improvement Project, which seeks to improve hurricane forecasting even more.

Greg Holland, a senior scientist at the University Corporation for Atmospheric Research in Australia, said even after three decades, DeMaria remains “a leading-edge researcher who continues to operationalize science to meet needs.

“He is highly regarded and has maintained his reputation on both the academic and the operational side. This is highly unusual and very difficult to do,” said Holland.

DeMaria said working for the government has put him on the frontlines, and provided an opportunity to explore the science in great depth and translate his findings into tools that help protect the public.

“I have always been interested in weather. I am really lucky that I get to work on something I love every day,” said DeMaria. “Even if this wasn’t my job, I’d be doing it anyway.” 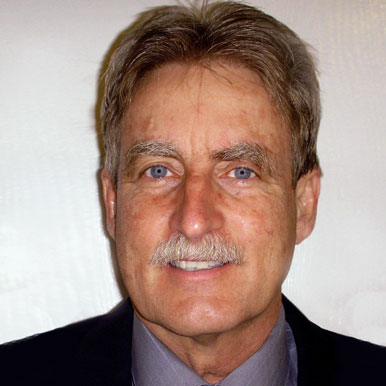 Predicting when and where hurricanes will strike
The Washington Post