You never know when or where something is going to happen that you will carry with you forever. For Nebraska native Mark Price, such an event would happen back in the 1980s in Zaire. Price traveled to Africa with a Methodist church group to convert an old hotel into a maternity hospital. On this visit, he would meet a man from Zimbabwe whose education costs had been paid, sight unseen, by Price’s grandparents—persons with modest means but big hearts. This man’s display of gratitude left a lasting impression on Price, reinforcing the commitment to public service that his family had already instilled in him. Accordingly, while Price may have established himself professionally as an aviation expert, he has always seen himself as a public servant first. He has always felt a deep obligation to use his expertise to promote the public good. That is exactly what he did in Iraq where he made invaluable contributions as the U.S. Senior Aviation Infrastructure Advisor, but more important, as an ambassador of good will.

Mark Price was the first technical advisor from the Federal Aviation Administration assigned to work in Iraq, where he was in charge of everything related to rebuilding the Baghdad airport and Iraq’s aviation infrastructure. As much as his technical expertise was needed, Price’s management skills also proved critical. Before Price’s arrival, various entities across Baghdad airport were working simultaneously, but not collaboratively, on related projects. While one worked on generators, another handled radar. There was no interconnectivity. Price was able to get these groups to talk to each other and to connect the dots.

Less than a year after his arrival in July 2004, Price had helped the Iraqis establish a state-of-the-art air/ground communication system, allowing border-to-border control of Iraq’s airspace. Using multinational resources, he also assisted in modernizing Iraq’s surveillance and navigational systems. Before Price’s involvement, international airlines generally skirted Iraqi airspace, and commercial flights to its capital were virtually non-existent. As a result of Price’s efforts, Iraq began collecting additional over-flight fees on international flights through its airspace, and airlines are now saving significant fuel costs. Commercial flights into Baghdad continue to increase in number and frequency.

There were two guiding principles to Mark’s work. First, things needed to be done the right way, not the easiest way or the way they’d been done in the past. Second, Iraqi’s needed to be empowered so they could take the lead. Consequently, he had a deep commitment to building relationships with the Iraqi people. On one occasion, Price secured the help of U.S. military medical personnel in diagnosing and treating the critically ill son of a distraught Baghdad airport employee. Another time he doggedly pursued justice when an airport employee’s car was broadsided by a contractor who initially tried to avoid responsibility. Price accompanied the airport employee to a meeting with the chief manager of the contractor, and there he successfully negotiated payment for repair of the employee’s vehicle.

Just as the Zimbabwe man appreciated the work of Price’s grandparents to empower him, the Iraqi people were deeply appreciative of the personal commitment that Mark Price had made to help them build better lives. In a highly unusual move, Iraq’s Deputy Minister of Transportation wrote a personal note of thanks to Price, including a personal invitation to come back any time. After lauding Price’s multiple achievements, the Deputy Minister probably summed up Price’s service best when he wrote, “The most important accomplishment, however, has been your outreach to the Iraqi people. Your patience and sincere concern… has gained their trust and respect.” If the ultimate key to success in Iraq is winning the hearts and minds of the Iraqi people, there is no question that Price’s work in the region was nothing short of heroic. 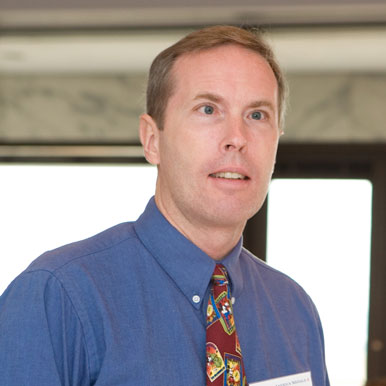