Joshua R. Fairley and the Team

Led the development of new technology to improve the accuracy of improvised explosive device (IED) detection by 75 percent.

Improvised explosive devices (IEDs) are often used in terrorist attacks or in unconventional warfare and have become one of the highest sources of casualties for men and women in the United States Armed Forces. It has become imperative that our country discover new ways to identify and avoid IEDs, but this is not easily done—it’s a lot like finding a needle in a haystack. However, 35-year-old Joshua R. Fairley and his team at the U.S. Army Corps of Engineers developed a new technology that might help beat the odds by increasing the accuracy of IED-detection technology.

Fairley’s team took a new approach to identifying false positives in mine and IED detection by using a high-performing “super computer” operated by the Department of Defense. They used the high-powered computer to simulate terrain down to the moisture in the soil, vegetation, weather conditions and air temperature, trash and other visual clutter. This modeling allows them to identify the heat signatures of explosives and other dangerous devices, which helps them tell what is part of the natural environment and what is not. This information can then be used to reduce “false positives” when looking for surface and subsurface mines and IEDs.

In other words, Fairley’s team uses the computer to identify what’s hay in the haystack so when they encounter something that doesn’t have “hay” properties, they know they’ve found the needle–an IED. Fairley was personally responsible for developing the complex algorithm that allowed them to decipher between the harmless objects and the real threats. This is known as Automatic Target Recognition (ATR).

ATR has proven to be highly accurate. In one case study, Josh and his team cut the false alarm rate by 75 percent. Even the smallest improvements in the accuracy of IED detection can make a big difference, when one considers the stakes. This research effort is maturing capabilities for transition to the soldier using airborne sensors to detect ground-based threats.

The development of ATR was a collaborative effort with Josh Fairley leading a team of three researchers–Dr. John Peters, Dr. Stacy Howington and Mr. Jerrell Ballard. Together this team offers nearly eight decades of combined experience helping to protect our troops.

As impressive as this achievement is, it’s not Fairley’s first. In 2005, he was recognized for his development of software that can be used by military installations to assess their vulnerability to terrorist attack and to provide guidance in installing anti-terrorist measures.

One of the most notable aspects of Josh Fairley’s career is that he bucks a trend. Increasingly, there are stories about federal employees who leave public service to become private contractors, and government is forced to lease back its own talent at a higher price. Fairley took the opposite path. A former government contractor for NASA, Josh was inspired to enter government service by the potential to make a greater impact in service to his country and for the unique opportunities to develop his skills working on complex, consequential challenges. Hopefully, more young people will follow Josh Fairley’s model, not only by choosing public service, but also by using that opportunity to make a difference in the lives of others. 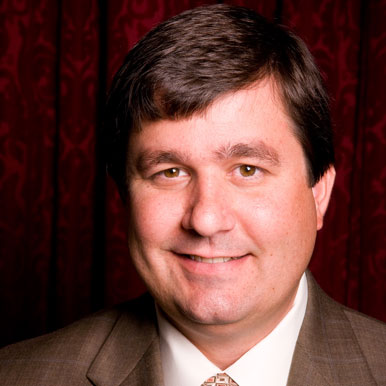