Dr. Lance Rodewald reformed the nation’s publicly-funded vaccine system so that more poor and uninsured children are protected against life-threatening diseases and the immunization process is more efficient.

In his role as director of the Immunization Services Division at the Centers for Disease Control and Prevention (CDC), Rodewald modernized the system for delivering vaccines to health care providers and clinics; provided increased training and education to health professionals about new vaccines; and reduced racial, ethnic and economic disparities in immunization coverage.

Congress appropriates about $3 billion per year to CDC for the Vaccines for Children Program, an initiative that provides free immunizations to prevent 17 diseases for nearly half of the nation’s young children and a third of teenagers. In addition, the government funds about $1 billion in discretionary grants to the states, which provide vaccines to underinsured children and adolescents not served by the Vaccines for Children Program.

Rodewald realized that the system of distributing more than 80 million doses of vaccine under these two programs was fragmented and inefficient, with 400 storage depots and separate state inventories and delivery systems. The archaic process was costly, left the federal government with little visibility of the vaccine supply or shortages, and hindered its ability to meet the needs of more than 40,000 providers, including clinics, hospitals, and pediatric and general practices.

“Lance Rodewald modernized the entire system,” said Sherri Burger, the CDC’s chief operating officer. “He took an antiquated system and created an electronic system that could work in real-time.”

In addition, Rodewald has successfully managed the introduction of six new vaccines since 2005, requiring extensive education and communication efforts to assure that physicians and nurses are up-to-date and have the resources needed to counsel parents about vaccine benefits and risks.

“Through Dr. Rodewald’s leadership efforts, state and local immunization programs have doubled the assessment visits they carry out to clinician offices where they are able to ensure appropriate storage and handling of vaccines and increase coverage of traditional and newer vaccines through assessment, feedback and information exchanges,” said Schuchat.

As a result of Rodewald’s outreach programs, pediatricians’ use of many common vaccines to prevent influenza, rotavirus, pneumococcal-13 valent, meningococcal conjugate, tetanus, diphtheria, acellular pertussis and human papillomavirus has increased significantly since 2009. The CDC also reported that preliminary 2011-12 surveys show that minority children finally have the same or higher coverage with influenza vaccines as non-Hispanic white children.

“He has had a tremendous impact on immunization coverage,” said Tricia Bixby, a senior program examiner at the Office of Management and Budget who worked with Rodewald on the management innovations. “He is always thinking of new and better ways to do things.”

Rodewald has directed the CDC’s Immunization Services Division since 2000, and is now preparing for an assignment with the World Health Organization to work on childhood immunization issues in China.

Rodewald said his work the past 12 years has been extremely fulfilling and has had one primary objective—saving the lives of children and protecting them from diseases that are preventable.

“The health of children is the end goal—making sure vaccines are available on time and where they need to be,” said Rodewald. “It is critically important.” 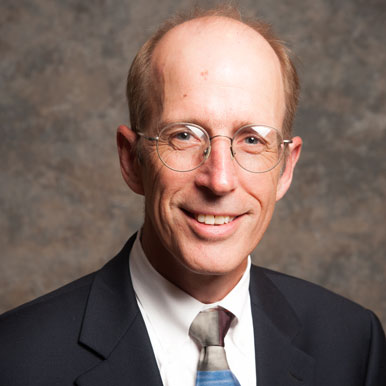